100 people were injured in the 7.3 magnitude earthquake in Japan 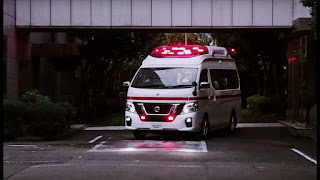 UMMATIMES - At least 100 people were injured in the 7.3 magnitude earthquake that rocked Japan on Saturday (13/2) night. The Kyodo news agency also reported that 950 thousand houses experienced blackouts following the earthquake.
Questioning the casualties and damage caused by the earthquake, an evaluation is being carried out. said Katsunobu Kato, Chief Cabinet Secretary.
"So far the damage, casualties and structural damage are being studied," said Katsunobu Kato.
Earlier, the Japan Meteorological Agency said the earthquake occurred at 11 o'clock; 08 pm local time or 21.30 WIB in the Pacific off Fukushima.
The Japan Meteorological Agency reported that the earthquake measuring 7.1 on the Richter scale was later revised to 7.3 on the Richter scale. Even though the earthquake strength was high, the Japan Meteorological Agency said there was no potential for a tsunami.
"The initial shaking was much stronger than I experienced during the Great East Japan Earthquake in 2011," said a worker at a traditional inn in Minamisoma. reported by AFP.
Famous writer Yu Miri, tweeted a photo of her home. In the photo, you can see books, potted plants and other items scattered on the floor.
"I heard the ground rumbling. And another quake," "My house in Odaka, Minamisoma town, is all a mess," said Yu Miri.
Aftershocks continued to occur, several hours after the first earthquake.
In response to this, the Japanese authorities reminded residents to remain vigilant. The government will also establish a special liaison office to coordinate with the affected areas.
Japanese authorities are still collecting data on affected victims and examining reports of landslides. said Mikihiro Meguro, Fukushima Government Officer.
"We are working quickly to gather information but we still have no details to announce. There are some unconfirmed reports of landslides but we are still checking," said Mikihiro Meguro.
Aerial footage broadcast by NHK shows a landslide cutting off a highway in the Fukushima area. But it is not clear from the pictures whether any of the victims were injured.