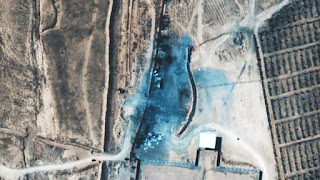 UMMATIMES - President of the United States (US) Joe Biden has opened his voice about attacks on Iranian-backed militia groups in Syria. Joe Biden said it was a warning to Iran. The attack was launched on Friday (26/2) local time.
"You cannot act with impunity. [Iran] must be careful," said Joe Biden, Friday (26/2).
The White House said the attack served as a message that Biden would take a stand to protect Americans. The attacks were launched in response to targeted attacks on US troops in Iraq. Biden's decision is considered to provide room for the Iraqi government to carry out an investigation into the attacks that took place on February 15.
The Pentagon said the attack killed 22 members of the Iranian militia in Syria. Pentagon spokesman John Kirby said the attack destroyed a number of facilities at border control points used by the Iranian-backed militant group.