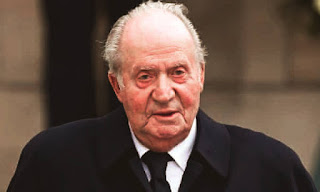 UMMATIMES - Alleged corruption scandal, Former King of Spain, Juan Carlos I (82), paid a tax refund of EUR 4 million. His client's tax returns include interest and fines for alleged misuse of funds from a foundation used to pay for the former king's travel and other activities. said Juan Carlos I's attorney, Javier Sanchez-Junco. through his attorney denied the allegation of corruption.
Investigators at Spain's Supreme Court are investigating alleged corruption in a number of business deals involving Juan Carlos I, including a contract for a high-speed train project in Saudi Arabia.
Juan Carlos I occupied the throne of the Kingdom of Spain from November 1975 to June 2014. He is considered an important figure in the transition from dictator General Francisco Franco's leadership to democracy.
In March, Swiss media reported on alleged royal bribery related to a rail project in Saudi Arabia.
Juan Carlos I allegedly received US $ 100 million in funds from former Saudi King Abdullah in 2008. The funds went to a bank account in Switzerland.
Juan Carlos decided to step down in 2014 to make way for his son, Felipe, to take the throne. As a result of his decision, his right to immunity is now revoked.
Since taking the throne in 2014, King Felipe VI has taken a number of steps to improve the royal image, such as imposing a code of conduct on royals.