Death of 3 Demonstrators; UN and Other Countries Condemn Myanmar 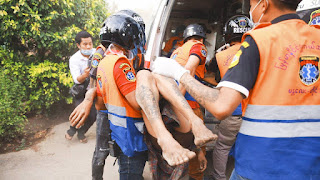 UMMATIMES - Antonio Guterres, Secretary General of the United Nations, said that the use of lethal weapons made violence against the anti-coup demonstrations that took place in Myanmar unacceptable.
Guterres responds to the deaths of three military anti-coup demonstrators in Myanmar. The three demonstrators died at different sites of action - two when security forces opened fire on demonstrators in Mandalay and one in Yangon.
"The use of lethal weapons, intimidation and violence against peaceful demonstrations is unacceptable," said Guterres.
The masses - in at least three regions: Yangon, Monywa and Myitkyina - mourned those who had been martyred.
"Despite the face of unauthorized demonstrations, incitement of riots and violence, the relevant authorities are fully guarded through the use of minimum force to deal with disturbances," said the official statement of the Myanmar Foreign Ministry.
Almost the entire territory of Myanmar is raging after the country's military staged a coup by detaining the country's leader, Aung San Suu Kyi, on February 1.
Apart from the UN Secretary General, similar criticism came from a number of countries including the United States, India and the Union
Members of the UN Security Council namely the United States, Britain and Canada have responded to what is happening in Myanmar by targeting sanctions on top generals in the land of a thousand pagodas. The European Union plans to hold a meeting on Monday to discuss further steps regarding Myanmar.