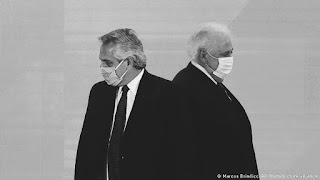 UMMATIMES - Health Ministers from two Latin American countries resigned. The two Latin American health ministers were disappointed because the COVID-19 vaccination program in their country went outside the rules of the game. They are Peruvian Health Minister Pilar Mazzetti and Argentina Health Minister Gines Gonzalez Garcia.
1. Peruvian Health Minister, Pilar Mazzetti, resigned from his post amid a scandal that said former President Martin Vizcarra was injected with the Corona virus (COVID-19) vaccine earlier than others. Vaccinations occur long before vaccines are available to the public. Mazzeti, who has been Minister of Health since July 2020, has submitted his resignation letter to the current President of Peru, Francisco Sagasti. Peru national television reported this on Friday (12/2).
2. Argentina Health Minister Gines Gonzalez Garci also resigned because the COVID-19 vaccination did not comply with the rules of the game. He was vaccinated before his turn. Gines Gonzalez Garci resigned on Friday evening, after President Alberto Fernandez asked him to quit following the scandal. "In response to your request, I submit my resignation from the post of Minister of Health," Gonzalez Garci, a 75-year-old doctor wrote, in a letter addressed to President Fernandez.E