Iran; The US Air Strike in Syria actually encourages Terrorism 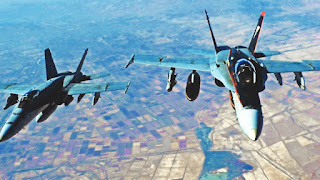 UMMATIMES - Iranian authorities said the United States (US) airstrike against pro-Iran militias in eastern Syria on Friday (26/2) local time, encouraging terrorism in the region. The Iranian Foreign Ministry separately called the US attack a violation of human rights and international law.
"America's recent actions have strengthened and expanded Daesh (Islamic State of Iraq and Syria / ISIS) terrorist activity in the region," accused the Secretary of Iran's Supreme National Security Council, Shamkhani.
US authorities said they had attacked the positions of the paramilitary groups Kataeb Hezbollah and Kataeb Sayyid al-Shuhada, two pro-Iranian Iraqi militias operating under Hashed. The two militias are believed to have masterminded a series of rocket attacks on US troops in Iraq some time ago.
"The attack on anti-terrorist resistance forces is the beginning of a new chapter of organized terrorism." "We will confront the US plan to revive terrorism in the region," said Secretary of Iran's Supreme National Security Council, Shamkhani.
The comments were made by Shamkhani when welcoming Iraqi Foreign Minister Fuad Hussein on a visit to Iran. This visit is the second time Hussein has made in the past month. Hussein's visit was intended to "discuss regional developments, including balancing relations and avoiding tensions" with Iran.
The Iranian Foreign Ministry expressed "strong criticism" of the US airstrikes in Syria. It said such attacks risk "escalating military conflict" in the region.
"Strongly condemns illegal attacks by US forces in areas in eastern Syria which are clearly a violation of human rights and international law," "The new US administration is leading to military conflict and further destabilizing the region," said a spokesman for the Iranian Foreign Ministry, Saeed Khatibzadeh.
Meanwhile, the Syrian Foreign Ministry called US air strikes in the region a "cowardly attack".
"Syria strongly condemns the cowardly US attack on areas in Deir al-Zor near the Syria-Iraq border. They (President Joe Biden's administration) should stick to international legitimacy, not the law of the jungle like the previous administration," said a statement from the Syrian Foreign Ministry.
Pentagon spokesman John Kirby previously said two F-15E 'Strike Eagles' fighter jets fired seven rounds of ammunition targeted at facilities in eastern Syria used by the two pro-Iran militias believed to have masterminded a series of rocket attacks on US troops. in Iraq some time ago.
It is known that one of the rocket attacks hit a military complex in Arbil, Kurdish region, on February 15. One civilian and a foreign contractor working with US-led coalition forces were killed. Several contractors and a US soldier were injured in the attack. Kirby said that nine "facilities" used by pro-Iranian militias in Syria were "completely destroyed" and two other facilities "partially destroyed".