Israel; Netanyahu's claim on the Golan was rejected by the US 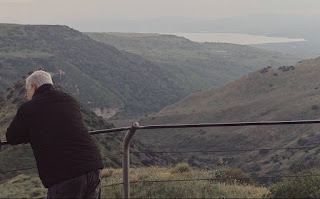 UMMATIMES - The Golan Heights will remain the property of the Israeli state, claims Israeli Prime Minister Benjamin Netanyahu. Antony Blinken, US Secretary of State rejects Israel's claim to the Golan Heights.
"As far as I know, the Golan Heights will forever be part of the State of Israel, a sovereign part," Netanyahu said, Tuesday (9/2) quoted by Reuters.
"What, should we return it to Syria? Should we return the Golan to a situation where mass slaughter is dangerous?"
"The Golan is very important for Israel's security but the legal question is another," said Antony Blinken, Monday (8/2).
Antony Blinken sees control of the Golan as very important to Israel's security. However, he said, the US remains cautious in recognizing Israeli sovereignty over the territory.
Syria has long demanded the Golan be returned and Israel's unilateral annexation of the territory is not recognized internationally.
The territory was annexed in 1981 in a movement never recognized by the international community.
Israel and Syria are still technically at war, separated by a de facto border on the Golan Heights.