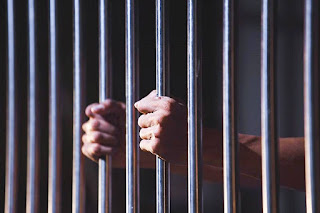 UMMATIMES - Israel is doing everything possible to free its citizens who are being detained by Syria. One of them is by bartering prisoners with the Covid-19 vaccine worth US $ 1 million.
Syria and Israel involving Russia agreed to trade secret prisoners. A 23-year-old Israeli woman is currently being held by the Syrian military in Damascus. Israel paid Russia to ship the Sputnik V vaccine to facilitate the bartering process. Israeli media reports that a 15 year old woman crossed the border and was sent by Syria to Russia. Israel then sent a plane to pick up the woman after negotiating the delivery of the Sputnik V vaccine.
When confirmed, Prime Minister Benjamin Netanyahu coyly said that not a single Israeli vaccine has been delivered to Syria. But he did not publicly say that Israel had paid Russia to supply the vaccine.
"We are bringing the woman back. I am glad we did this. I thank President Putin for doing this," "More than this I will not add because it is a Russian request and I respect it," Netanyahu said.
An Associated Press report reveals a deal between Israel and Russia worth US $ 1.2 million. Meanwhile another source told Al Jazeera that the deal was worth "millions of dollars".
"It is legal for the Israeli government to decide to deviate from past norms and pay in another form of currency." "However, the decision to hide it is confusing and worrying. Obviously someone feels very uncomfortable because the matter is exposed." said Yoav Limor, said an Israeli military affairs correspondent.
Meanwhile, the Syrian state news agency quoted an unidentified source denying that a coronavirus vaccine was part of the deal.