Joe Biden plans to communicate with the King of Saudi Arabia 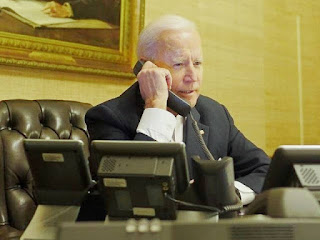 UMMATIMES - "We hope that (the communication between Joe Biden and King Salman) will happen soon," said Jen Psaki, a spokesman for the US White House.
President of the United States (US), Joe Biden will plan to contact the King of Saudi Arabia, Salman bin Abdulaziz al-Saud. Planned Phone calls between Joe Biden and King Salman were made to restore US relations with Saudi Arabia.
Jen Psaki also touched on issues related to reports of journalist Jamal Khashoggi's death who was killed in Istanbul. From the reports received, the CIA suspects, Mohammed bin Salman ordered the murder of Jamal Khashoggi in 2018. Jamal Khashoggi was a critic of Mohammed bin Salman. He was reportedly last seen at the Saudi Arabian consulate in Istanbul on October 2, 2018.
Jamal Khashoggi allegedly went to get marriage documents. His body was reportedly dismembered and removed from the building and his body has not been found.