Malaysia will deport asylum seekers and immigrants from Myanmar 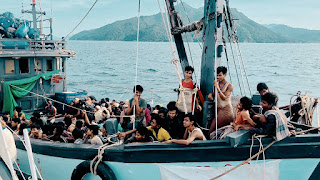 UMMATIMES - The United States has raised concerns over Malaysia's plans to deport asylum seekers and other immigrants from Myanmar.
About 100 asylum seekers from Myanmar and the Chin community were deported from Malaysia. The asylum seekers went to Malaysia to protect themselves from conflict or persecution in their hometowns. Rights groups warned that the lives of the asylum seekers would be threatened if they were sent back.
The Malaysian Foreign Ministry has not commented on the concerns of the United States as well as several other embassies, which voiced similar concerns.
The Malaysian Embassy in Myanmar did not want to respond to this problem. However, in a post on Facebook on Saturday, February 20, 2021, it was stated that Malaysia would repatriate around 1,200 people, where this repatriation is prioritized for those who are adrift due to the impact of the Covid-19 pandemic.
The United States' concerns started when the Marine Traffic website saw that three Myanmar-flagged boats were asked to dock at the Malaysian Navy base, Lumur on Saturday, February 19, 2021.
The US embassy in Malaysia confirmed that it was very concerned and called for UNHCR access to visit prisoners in immigration prisons. UNHCR has not yet commented on whether they would be granted such access.