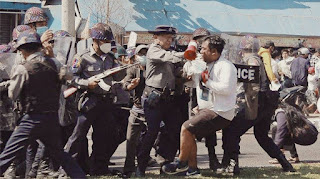 UMMATIMES - The United Nations (UN) has confirmed that Myanmar's military generals will be "held accountable" for the suppression of mass anti-coup protesters.

It's as if the generals have declared war on the people of Myanmar: late night raids; mounting arrests; more rights stripped away; another Internet shutdown; military convoys entering communities. These are signs of desperation. Attention generals: You WILL be held accountable. pic.twitter.com/lf6mBq5vPH

Tom Andrews, UN Special Rapporteur on Myanmar said via Twitter "It is as if the generals have declared war on the Myanmar people," "This is a sign of desperation. Attention to the generals: You WILL be held to account," on Monday (15/2) .
Myanmar's security apparatus has deployed heavily armored vehicles to major cities such as Yangon, Myitkyina and Sittwe, in order to stem the growing anti-coup protest movement. reported by Reuters
Security forces were even seen firing a number of shots to disperse protesters at a power plant site in Myitkyina, Kachin State, on Sunday (14/2).
Two journalists from The 74 Media who broadcast live the demonstration were arrested by the authorities along with three other journalists.
Apart from mass protests, the Myanmar military junta faced government employees on strike as a form of resistance to the coup on February 1.
In the early hours of Monday, Burmese citizens complained about internet network disruptions in which the country's four telecommunications networks could not be accessed at around 01:00 local time.
"An internet blackout was ongoing in #Myanmar since 01:00 a.m. Real-time network data shows that national internet connectivity was only 14 percent after the information blocking order," NetBlocks said on Twitter. NetBlocks reported that internet services were down all over Myanmar since 01:00.