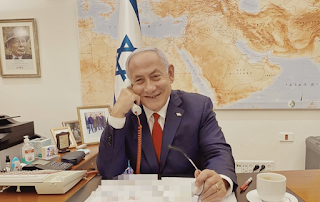 UMMATIMES - For the first time, Israeli Prime Minister Benjamin Netanyahu spoke with Joe Biden, since the US president was officially inaugurated on Wednesday (17/2).
"The talks were very warm and friendly and lasted approximately 1 hour," the Israeli prime minister and the US president also "discussed future progress of the peace agreement, Iranian threats and regional challenges, and agreed to continue their dialogue." "The two leaders demonstrate their longstanding personal relationship," said Netanyahu's media adviser.
Netanyahu's media adviser also said that in the conversation, America and Israel would work together to continue to strengthen the strong alliance between Israel and the US.
"Could it be time to call the leader of Israel, the US's closest ally?" chirped Danny Danon, head of Netanyahu's Likud Party's global wing.