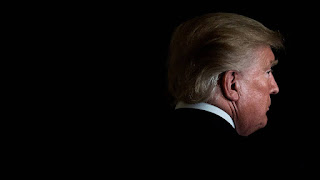 UMMATIMES - The 45th President of the US, Donald Trump, passed the second impeachment hearing on Saturday (13/2).
Michael van der Veen, Trump's lawyer confirmed that Trump was acquitted of all his demands through a Senate vote.
"He had a good day at trial today. He was found not guilty," said Michael van der Veen.
"The Senate decision today does not confirm anything that happened on or before that terrible day. It only shows that the senator did what the previous President failed to do. We put our constitutional duties first," said Mitch McConell, Sunday (14/2).
Mitch McConnell, Leader of Senate Minorities, has criticized Trump's actions in the Senate after the vote. But McConnell said he chose to release Trump from punishment because he did not believe punishing the former president was constitutional.
The Senate acquits Donald Trump, during an impeachment trial on charges of inciting rebellion at the US Capitol Building on January 6, 2021.
In the senate vote, 57 senate votes agreed to plead Trump guilty, and 43 senate votes found Trump innocent.
The results of the voting cannot sentence Donald Trump because he does not meet the 2/3 vote requirement, or it takes 67 senate to impeach Trump.
In the impeachment trial vote, as many as 7 republican party senators joined with 50 senate votes from the Democratic Party agreeing to impeach Trump. This marks a stark difference from Trump's first impeachment trial.
When he was first impeached, other Senate Republicans supported Trump. Only one Republican senator, Mitt Romney of Utah, found Trump guilty.
But in the second impeachment, apart from Romney, six other people supporting Trump were punished. These included Republican Senator Richard Burr from North Carolina, Bill Cassidy from Louisiana, Susan Collins from Maine, Lisa Murkowski from Alaska, Ben Sasse from Nebraska, and Pat Toomey from Pennsylvania.
"As I said on January 6, the President bears responsibility for these tragic events. The evidence is convincing that President Trump is guilty of inciting rebellion against an equal branch of government and that the charges have escalated to a high degree of Crime and Offense. I have chosen to punish, "said Richard Burr.
They accuse Trump of instigating his supporters through his remarks in a speech to spark riots and the storming of the Congress Building (Capitol Hill) on January 6.