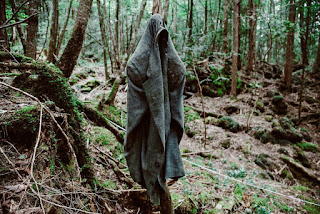 UMMATIMES - According to Japanese Prime Minister Yoshihide Suga, the suicide death rate due to self-isolation is mostly experienced by women, the suicide rate has increased in the last 11 years. Yoshihide Suga formed a special task force appointed to reduce Covid-19 isolation on Friday (12/2).
The Japanese government believes such challenges have contributed to an increase in suicides from 750 to 20,919 by 2020, according to preliminary data from the police and the Ministry of Health. This is the first increase since 2009, right after the global financial crisis. Male suicides occurred for 11 consecutive years, with female suicides increasing for the first time in two years to 6,976 cases.
A total of 440 elementary, junior high and high school students also died of suicide in November 2020, the highest number since 1980.
"Women in particular, feel more isolated and face a rising suicide rate," "I want to examine the problem and come up with a comprehensive strategy." said Yoshihide Suga quoted from Nikkei Asia.
Tetsushi Sakamoto, who has been appointed as head of the Japanese corona task force, is scheduled to start forming an inter-agency team.
"I hope to promote activities that prevent loneliness and social isolation and protect relationships between people,"
"We will work on a comprehensive approach to managing actions," said Tetsushi Sakamoto.
In Japan, feelings of 'loneliness' afflict various age groups, including children, adolescents, women and the elderly.
According to Suga, the corona virus pandemic has only made things worse. People are encouraged to stay at home and avoid crowded situations.
The elderly group in Japan who are not used to communicating online are becoming more isolated from the outside world.
Even younger, tech-savvy generations have struggled with prolonged social distancing efforts. Offices and schools were closed, many also lost their jobs.