Request from the UN Human Rights Council to the UAE; Give Evidence The Dubai Princess Is Still Alive 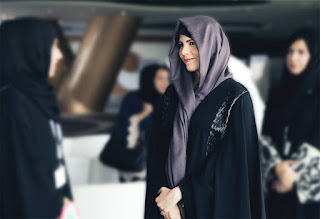 UMMATIMES - Liz Throssell, spokesperson for the UN High Commissioner for Human Rights, admitted that she is concerned about the situation experienced by Sheikha Latifa.
The United Nations (UN) human rights supervisory board, Office of the United Nations High Commissioner for Human Rights (OHCHR) asked the United Arab Emirates to provide further evidence and information that Sheikha Latifa, Princess of Dubai is still alive.
"We express our concern about this situation in light of the disturbing video evidence that emerged this week. We are asking for more information and clarification on the current situation of Sheikha Latifa," said Liz Throssell, a press conference in Geneva, Switzerland, Friday (19/2 )
OHCHR asked the government for a response to ensure that Putri Latifa's condition was safe. OHCHR ensures that it will continue to closely monitor the situation of Putri Latifa's detention. "Given the serious concerns about Sheikha Latifa, we have asked for the government's response as a priority. We do ask for proof of her existence," said OHCHR.
Until now, the Dubai government media office and the UAE Ministry of Foreign Affairs have not provided information regarding the whereabouts of Putri Latifa.
Sheikha Latifa has not been seen in public since she attempted to flee the United Arab Emirates by sea in March 2018.
Sheikha Latifa drew public attention after sending a secret video message which revealed that she was being held in a villa. The video shot about a year after he was arrested and returned to Dubai shows the princess crouching in the corner of the bathroom.
"I am a hostage and this villa has been turned into a prison," he said in one of the videos on his cell phone.
"There are five policemen outside and two policewomen inside the house. Every day I worry about my safety and my life."
In another video, Latifa said the situation was getting more and more desperate. "I don't want to be a hostage in this prison villa. I just want to be free," said Latifa. The undated video was broadcast when Latifa's friends were worried because the princess was no longer sending secret messages. The video comes from Latifa's friend, Tiina Jauhiainen, who helped her escape.