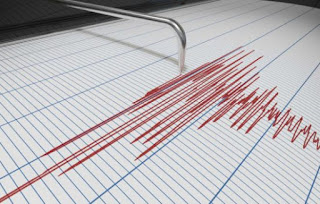 UMMATIMES - A tectonic earthquake of 5.2 magnitude rocked South Halmahera Regency, North Maluku, Friday (26/2) night. The Meteorology, Climatology and Geophysics Agency reported that the earthquake at 18.02 WIB had its center on the ground, 11 kilometers from Labuha, South Halmahera. The earthquake was at a depth of 10 kilometers.
"The lights immediately turned off. Everything fell, people ran outside," said Saleh, one of the Bacan residents.
It was reported that the wall of the South Halmahera District Court Office collapsed due to the earthquake shock that occurred. there are also reports of cracked walls of buildings, including the hospital and the Regional People's Representative Council Building. the other impacts of the earthquake are not yet known, including the possibility of casualties or casualties. 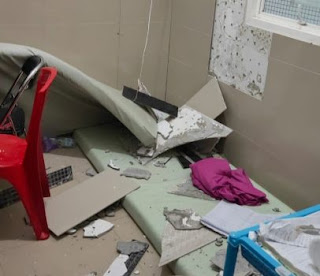 Head of Class III Ternate Geophysics Station, Andri Wijaya Field said, "By paying attention to the location of the epicenter and the depth of the hypocenter, the earthquake that occurred was a type of shallow earthquake due to local fault activity. The analysis of the source mechanism shows that the earthquake has a downward fault movement mechanism normal fault). "
"Check and make sure the residential buildings are earthquake resistant enough, or there is no damage due to earthquake vibrations which endanger the stability of the building before returning to the house," said Andri. 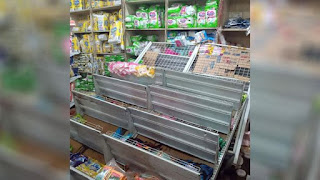 The Meteorology, Climatology and Geophysics Agency reported that there is no potential for a tsunami and no aftershock activity. Residents are also advised to remain calm and not be affected by issues that cannot be justified. residents were asked to avoid buildings that were cracked or damaged by the earthquake.
The damage caused by the Halmahera earthquake was revealed by Daryono, Coordinator of Earthquake and Tsunami Mitigation, Meteorology, Climatology and Geophysics Agency, through his Twitter account.