The Australian Prime Minister's apology for the rape in Parliament 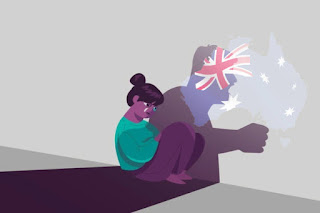 UMMATIMES - Scott Morrison, the Australian Prime Minister expressed an apology to a woman who admitted being raped by Liberal party politicians.
The woman said she was raped in the office of Defense Minister Linda Reynolds in March 2019 by a colleague who also worked for the PM's party.
Scott Morrison promised to open a thorough investigation into the case and the work culture in his government. "This should not happen, and I really apologize. I want to make sure every woman who works in this place feels as safe as possible," Scott Morrison, on Tuesday (16/2).
Scott Morrison said he has appointed the Prime Minister's Department and a cabinet official, Stephanie Foster, to review the process and deal with similar complaints in government workplaces.
Scott Morrison said he had asked other lawmakers to investigate the work culture in the government building.
The woman reported to the police in early April 2019, but she decided not to file a formal complaint for fear of damaging her career prospects.
Canberra Police confirmed that they had spoken with the complainant in April 2019, but the complainant chose not to file a formal complaint.
The woman said she informed a senior staff member at the Secretary of Defense Linda Reynolds' office about what happened to her. Meanwhile, Defense Secretary Linda Reynolds confirmed that he had been informed about the woman's complaint last year. He denied that his party had pressured the woman not to make a complaint to the police. reported by Reuters.
This alleged rape has further increased pressure on Scott Morrison's government and party. This is because a series of accusations of immoral behavior against women have occurred several times in Liberal Party circles.