The Dutch Parliament; accused the Uighur Muslim Genocide in China 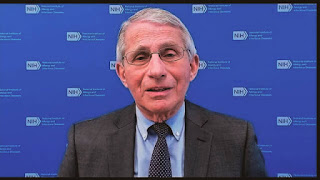 UMMATIMES - The Dutch parliament stated that President Xi Jinping's government committed genocide against the Uighur and other Muslim ethnic minorities in Xinjiang.
The Netherlands is the first European country to accuse China of committing genocide against Uighurs. The Dutch accusations come after for a long time China allegedly detained at least one million ethnic Uighurs in Xinjiang in concentration camps.
Wang Wenbin, spokesman for China's Ministry of Foreign Affairs, accused Dutch lawmakers of using Xinjiang as an excuse to deliberately tarnish China's image and meddle in domestic affairs.
"The facts show that there has never been a 'genocide' in Xinjiang," Wang told reporters in Beijing on Friday.
Wang Wenbin hopes that the Netherlands will immediately withdraw that statement and stop its mistakes and take concrete action to keep bilateral relations intact. Wang Wenbin also invited EU representatives to visit Xinjiang.
The statement was made by China after the Dutch parliament passed a motion containing a statement confirming genocide against the Uighur ethnic minority in China.