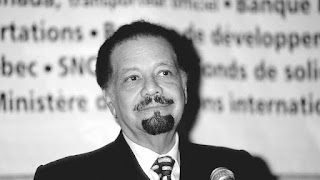 UMMATIMES -Former Saudi Arabia's oil minister, Sheikh Zaki Yamani, had served for 24 years, he made Saudi Arabia the world's oil power and made Western countries subject to the 1973 oil embargo, he died at the age of 90 in London on Tuesday, February 23, 2021 .
Sheikh Zaki Yamani was born on June 30, 1930 to an Islamic scholar and judge in Mecca.
Sheikh Zaki Yamani's education history, Bliau had studied law in Cairo, he went to New York University and Harvard. Then returning to Saudi Arabia, establishing a law firm and carrying out government jobs, this made the future King Faisal's attention. Sheikh Zaki Yamani became minister of oil in 1962.
Sheikh Zaki Yamani became a leading figure in the development of OPEC, which was founded in 1960.He freed the Saudi oil industry from the clutches of American companies in a series of moves that resulted in a deal on national ownership of Saudi Aramco in 1976.
Yamani resigned from office and decided to live his personal life becoming the main character for a consultancy, the Center for Global Energy Studies.
In September 2000 Yamane interviewed by Reuters on the anniversary of OPEC's 41st birthday. Shale oil was little known at the time and renewables were still in their infancy, but Yamani predicted that the technology would hurt oil producers.
"Technology is the real enemy of OPEC," "The Stone Age does not end because the world is running out of stones, and the Oil Age will end long before the world runs out of oil," said Sheikh Zaki Yamani. "Technology will reduce consumption and increase production from outside the OPEC region. The real victim is Saudi Arabia, with huge reserves that they cannot use for anything.