The Indonesian Ulema Council urged the President to be detained, causing a crowd in Covid-19 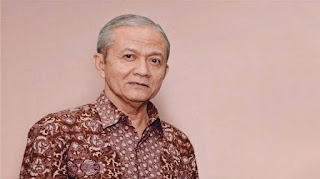 UMMATIMES - The Indonesian Ulema Council (MUI) urged Indonesian President Joko Widodo to be arrested for violating health protocols by causing a crowd during a work visit in Maumere, East Nusa Tenggara (NTT). This is because the incident was the same as that experienced by Habib Rizieq Shihab, who has now been detained by the police.
"The problem is, Pak Jokowi has also done the same thing that was done by Habib Rizieq," said Deputy Chief of MUI Anwar Abbas, Thursday (25/2/2021).
Anwar Abbas said that the case of President Jokowi's crowd occurred during a work visit. Meanwhile, the case of the Habib Rizieq crowd occurred during a religious event.
According to him, violations of the health protocol (prokes) were also committed by two figures who had a big influence in society. Therefore, Anwar hopes that the police can act legally fairly in treating the two cases.
Anwar then made an analogy of the case of the crowd of the two figures. "If Habib Rizieq is arrested for his actions, then the logic of the law is that justice is upright and public trust in the law and law enforcers can be upheld," he explained.
Likewise with the number one person in Indonesia, he must also be detained like Habib Rizieq Shihab.
"So President Jokowi of course must also be detained," said Anwar.
However, continued Anwar, there would be huge consequences if the president was arrested. This is related to the sustainability of the government and the state.
"But if President Jokowi is arrested, the country can fall apart," he said.
Meanwhile, the detention of Habib Rizieq, he continued, made the ummah also messy. "Even though we don't want our nation and state as well as our people and ummah to fall apart," he concluded.