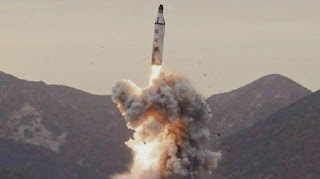 UMMATIMES - The US State Department confirmed that the country's priorities had not changed, namely realizing its denuclearization commitments in North Korea, on Friday, February 12, 2021.
"And the main promise is that we are still committed to realizing denuclearization in North Korea," said Ned Price, US Department of State.
According to Ned Price, North Korea has continued to carry out its nuclear and missile programs in recent years. This is an urgent priority for the United States and one of the commitments that the new United States government and its allies and partners will aim to target.
Joe Biden administration, said it was conducting a number of evaluations on US policy towards North Korea in consultation with its allies, particularly South Korea and Japan.
Former president Donald Trump has tried to build a relationship with North Korean leader Kim Jong Un. But Trump has not succeeded in persuading Pyongyang to give up its nuclear weapons program.
A classified UN report leaked on Monday, February 8, 2021, said North Korea had developed a nuclear weapons and ballistic missile program throughout 2020 and that this was hurting international sanctions.