A rocket hit the Gaza fishing boat, 3 were killed 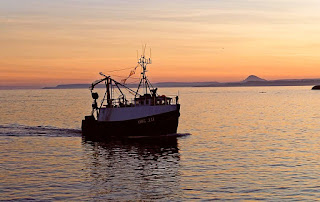 UMMATIMES - The Palestinian Center for Human Rights said a rocket hit a fishing boat that sailed 3.2 kilometers from the Gaza coast, "completely destroying it". occurred on Sunday (7/3) local time.
it was stated that three Palestinian fishermen were killed as a result of the explosion. details of the ages and identities of the three victims who died were not disclosed to the public.
"The center condemns the incident, which indicates that it was most likely the result of a resistance exercise," said a statement by the Palestinian Center for Human Rights, referring to the Palestinian militant group.
"Our indications are that their deaths were caused by an explosion inside Gaza," the Israeli military denied involvement in the incident in Gaza.
The Gaza Interior Ministry said it was investigating this incident. In a statement released by the military wing of Hamas, it said it had conducted an investigation into this painful incident. The results of the investigation will be released to the public as soon as possible.