After the brutal shooting, Biden asks US citizens to fight bigotry 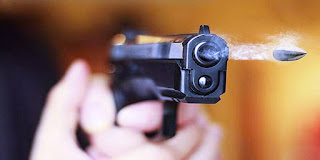 UMMATIMES - United States President Joe Biden and Vice President Kamala Harris extended comfort to Asian Americans and condemned racism during their visit to Atlanta on Friday (19/3) local time.
The visit comes days after a white man shot dead eight people at a massage parlor and spa in Atlanta, most of whom were Asian-American women.
Biden said it was "heartbreaking" to hear their stories of fear among Asian-Americans and Pacific Islanders amid what he described as a "surge of abuse and violence against them." "We have to change our hearts," said Biden during a visit to Atlanta. "Hatred has no safe haven in America."
Biden asks all Americans to fight bigotry when they see it. "Our silence is involvement. We cannot be involved," he said.
"They have been attacked, blamed, scapegoated and abused; they have been verbally assaulted, physically assaulted, killed," Biden said of Asian Americans during the coronavirus pandemic.
Biden also called the shootings an example of a "public health crisis resulting from gun violence in the country", as his government has been watched by some in his own party for not moving as quickly as promised to reform the country's gun laws.
Meanwhile, Harris, the first person of South Asian descent to hold the post of vice president, said that while the motive for the shooting was still being investigated, the facts were clear: Six out of eight of the dead were of Asian descent and seven of them were women.
"Racism is real in America. And it always has been. Xenophobia is real in America, and always has been. Sexism is too," said the US vice president.
"The president and I will not be silent. We will not remain silent. We will always speak out against violence, hate crimes and discrimination, wherever and whenever they occur," he said.