America condemns the violence of Uighur Muslims in China 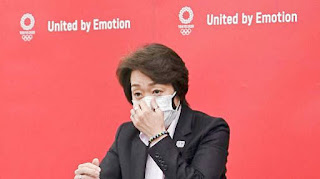 UMMATIMES - Violence against the Uighur Muslim minority in Xinjiang and a number of restrictions in Tibet, the United States condemns China and calls China's actions a crime against humanity and genocide.
This condemnation was conveyed by America in a meeting with the UN Human Rights Council. "We condemn the violence perpetrated by China against ethnic and religious minorities as crimes against humanity and genocide and a number of restrictions in Tibet," said US envoy Mark Cassayre, Friday, March 12, 2021.
This US statement has made the issue of China's human rights violations against Uighur Muslims heated again ahead of a meeting between Foreign Minister Anthony Blinken and Chinese government envoy, Wangyi, in Alaska next week. During the meeting, it was reported that Blinken would ask China to improve its treatment of Uighurs.
Beijing, meanwhile, has steadfastly rejected US accusations that it has committed genocide against Uighurs and other Muslim communities living in the western part of the country.
China rejects the politicization of humanitarian issues. They denied allegations by some circles of deliberately setting up concentration camps to detain and torture Uighur Muslims. said China's Ambassador to the United Nations in Geneva, Chen Xu.
China says the complex built in Xinjiang is intended for vocational schools so that they can prevent extremism and separatism. The allegations of forced labor and human rights violations are baseless rumors.
British Ambassador Julian Braithwaite told the forum that his country has a great deal of concern for the systematic violence in Xinjiang, including the existence of credible reports that the Chinese government is carrying out forced labor and enforced birth control of Uighur Muslims in Xinjiang concentration camps.