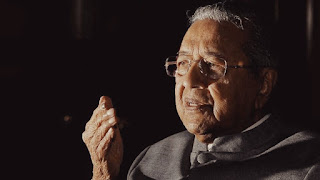 UMMATIMES - Malaysian police arrested 3 men, including one Indonesian citizen (WNI) on suspicion of plotting to assassinate former Prime Minister (PM) Mahathir Mohamad and a number of Malaysian Ministers. The Malaysian Police were arrested in 2020.
The case was made public this week after another man was detained by Malaysian police over plans to kill several former leaders, including Mahathir.
The Chief of the Malaysian Police, Inspector General of Police Tan Sri Abdul Hamid Bador, explained that there were three men, consisting of two Malaysians and one Indonesian citizen, who were arrested at the beginning of last year also in connection with a similar plan.
No details were explained regarding the identities of the three perpetrators. Abdul Hamid only mentioned that the three men were part of the six people arrested in raids in Kuala Lumpur, Selangor, Perak and Penang on 6 and 7 January 2020 over their involvement with the Islamic State of Iraq and Syria (ISIS) group.
"They are part of an ISIS cell formed in 2019 which aims to promote the Salafi Jihad ideology, recruit new members and launch attacks in Malaysia," Abdul Hamid said in a statement.
The three men made threats to kill Mahathir and a number of members of his then cabinet, which was seen as a secular government.
"They are also planning to launch attacks on casinos in Genting Highlands and breweries in Klang Valley," he added.
Abdul Hamid insisted that the three men were unable to prepare for their attack. He said the three of them voiced intentions usually expressed by suspected militants or ISIS supporters.
"They are unable to really plan attacks, let alone make preparations," he said.
Furthermore, Abdul Hamid confirmed that the three men had been tried and convicted under article 130B (1) (a) of the Malaysian Penal Code, for their possession of goods related to terrorist groups or activities. There was no mention of the length of sentence imposed on the three of them.
Responding to this information, the Indonesian Ministry of Foreign Affairs (Kemlu) requested access to be able to meet the Indonesian citizen.
"Currently, they are only asking for consular access, that is why we can meet and get information from those concerned," said Foreign Ministry spokesman Teuku Faizasyah, when contacted, Sunday (28/3/2021)
He said that the Indonesian citizen was arrested around January 2020. However, the case was only recently revealed to the public. Currently, representatives of the Ministry of Foreign Affairs have met the Indonesian citizen and asked for his statement.
"Information obtained from the Indonesian Embassy in Kuala Lumpur, the arrest of the Indonesian citizen took place in January 2020 and has only recently caught the public's attention," he said.