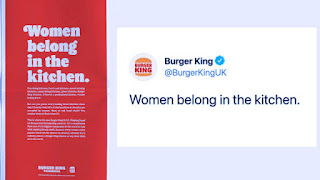 Realizing that the tweet received a lot of criticism, Burger King UK immediately made a clarification and deleted the tweet. Burger King said that the tweet was aimed at promoting Burger King's female chef scholarship program. Burger King stated that they have a special culinary scholarship program worth USD 3 million or the equivalent of IDR 43 billion in the United States.
"We have a mission to change the gender ratio in the restaurant industry by expanding female workers who want to have the opportunity to pursue careers in the culinary world," wrote Burger King.
"This should not be related to the Burger King brand," Adamson said as quoted by the ABC. According to the British Trademark observer Allen Adamson. Burger King has made a blunder.