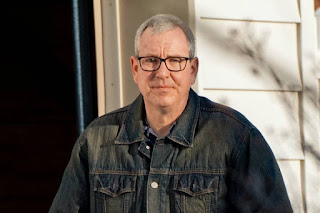 UMMATIMES - A school principal at a Catholic educational institution in New York, United States, finally resigned after sparking controversy by telling black students to apologize on their knees.
Head Master of St. The Martin de Porres Marianist resigned last week after the parents of the black student in question, Trisha Paul, visited the school to protest.
The school then confirmed the news through a statement on Wednesday (24/3). Through this statement, they also announced the presence of the new principal, who is the mother of the St. alumni. Martin de Porres.
"The leadership of St. Martin de Porres Marianist will continue to investigate the incident to ensure it does not recur in any form," said a statement from St. Martin de Porres Marianist. Martin de Porres Marianist.
The statement continued, "It is very important to assure students, parents and faculty that this incident does not reflect the value of individual respect that we have upheld so far."
Paul told that he first noticed something wrong with his son about a month ago. At that time, his son looked gloomy after school.
His son finally told what happened at his school. Apparently, his son was taken to Head Master's office because he was caught doing literature class assignments at the time that was supposed to be used for reading.
The teacher then took Paul's son's assignment and tore it up. The child was then taken to Head Master's office. There, Head Master told him to apologize while on his knees.
"I was immediately overwhelmed with all kinds of emotions," said Paul.
A few days later, Head Master called Paul to discuss his son's first communion. Paul also took the opportunity to discuss his son's problems.
"I asked what really happened. He started talking about an African family who was a student at the school a few years ago," Paul said.
Head Master said that the parents of the African child once told him to apologize in the "Nigerian way" by kneeling.
"I'm at a loss for words. I don't understand the connection. I'm very sad and disappointed," Paul said.
Still emotional, Paul finally decided to return to St. Petersburg. Martin de Porres Marianist and spoke with Head Master. Again, the headmaster shared the same story, this time calling apology the "African way."
He went on to assert that Head Master "humiliated and humiliated my child." However, he felt that he was not being heard.
Paul finally decided that his son should not attend face-to-face classes, only through virtual meetings.
"He's become very quiet. The way he interacts with everyone - family, friends - has changed. He's sad. He's got a lot of questions. He's trying to hold it back," she said.
Now, Paul himself has heard the news about the resignation of Head Master. He hopes that this incident can be a lesson.
"I'm sure if my son doesn't tell me about this incident, everything will just pass away. I hope there will be changes after he resigns. I want change. I want my son to be the one who makes a difference," he said.