Increase cases to 6,396 Covid-19 cases in the Netherlands 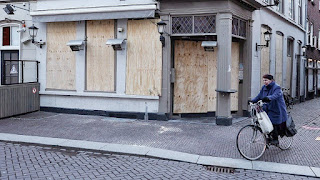 UMMATIMES - The spike in Covid-19 cases to 6,396 cases in the last 24 hours was due to corona virus infection in the Netherlands. is the country's highest record since mid-January, according to data released on Saturday (13/3). The Netherlands has recorded a total of 1,151,218 cases and 16,046 deaths due to the Covid-19 pandemic.
The number of cases in the Netherlands is relatively stable, as reported by the National Institute for Health (RIVM) a few weeks earlier, RIVM estimates that the third wave of corona infections will be driven by a new type of corona virus variant.
The increase in cases comes as the country prepares for elections next week. Dutch citizens will hold parliamentary elections which are held over three days on Monday, Tuesday and Wednesday. Elections were held for three days as a measure to safeguard health protocols due to the corona virus pandemic.
The Netherlands has been isolated since late January with a ban on gatherings of more than two people. Restaurants and bars were closed, and the first curfew was reinstated for the first time since World War Two.