Indonesian Athlete Forced to Resign from All England 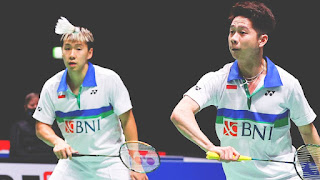 UMMATIMES - The Indonesian Embassy in London, England, helped arrange for the return of 24 athletes and staff from the Indonesian badminton national team who were supposed to compete in All England 2021. They returned home early after being forced to leave All England in 2021 because they were considered close contact with other passengers on one plane. which is known to be positive for Covid-19.
"They will come home as soon as possible. I want to make sure they come home comfortable and safe. Our heroes don't lose. They went home in dignity, ”said the Indonesian Ambassador to Britain, Desra Percaya, Friday, 19 March 2021.
This return plan was also confirmed by the Chairman of the Indonesian Badminton National Team for All England 2021, Ricky Soebadja. He explained that the Badminton World Federation (BWF) had apologized so that now the Indonesian badminton national team would focus on taking care of returning to Indonesia.
“This is a huge disappointment, annoyance and anger. We have done all the health protocols even when we arrived in Birmingham, England. But it was stated that we had to isolate. We were led home (to the hotel) on foot. Can imagine what goes on in the minds of athletes. These athletes are top players, (maybe) could be a threat to other countries, "said Ricky.
According to Ricky, the return of these athletes was also according to their request, who wanted to return to their homeland as soon as possible so that they could prepare for the upcoming event (Olympics).
Indonesia's national badminton athletes were supposed to compete in All England 2021, but ended up in self-quarantine at a designated hotel in Birmingham, England. Indonesia has protested to the parties who have an interest in this incident.