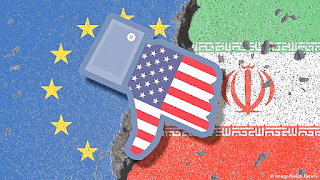 UMMATIMES - Iran's Supreme Leader, Ayatollah Ali Khamenei, is suspicious of America's promise to cancel sanctions on his country in connection with the 2015 Nuclear Treaty. Khamenei said he would believe only when he saw America cancel sanctions firsthand.
"We once trusted America when former President Obama took charge. We fulfilled our commitments, but they did not. America only said it would lift sanctions on paper, but it was not / not yet in reality," said Ali Khamenei, quoted by Channel News Asia, Sunday, 21 March 2021.
As previously reported, the administration of President Joe Biden intends to bring America back to the Iran Nuclear Treaty (JCPOA). The hope is that with the return of America to the agreement, Iran can stop its nuclear enrichment program which has exceeded its limits.
America's exit from the agreement itself occurred in 2018. Former US President Donald Trump considered the agreement unfair and too light for Iran. After America stepped out and sanctioned it, Iran blatantly breached the limits of existing nuclear enrichment.
If America manages to return to the JCPOA and Iran returns to complying with limits on nuclear enrichment, it could be a stepping stone to a broader agreement. These range from restrictions on weapons development to regional activities.
As per this report, both America and Iran are conflicted about the process of returning to the JCPOA. America wants Iran to return to the nuclear agreement first, then cancel the sanctions. Iran on the contrary, they asked for sanctions to be canceled first.
Ali Khamenei said America must lift all the sanctions that hit the Iranian economy. Once the sanctions were gone, Ali Khamenei promised Iran would immediately comply with the JCPOA nuclear agreement without prompting.
"On paper, America said it wanted to cancel sanctions. However, they told companies that wanted to sign contracts with us that we were dangerous. America is scaring off investors."
"America must lift all sanctions. We will verify it if it has actually been carried out. After that, we will return to responsibility. We are patient, we are not in a hurry," said Ali Khamenei.
Finally, Ali Khamenei asked his government to always prepare for the worst scenario. According to him, it would still be a long time before America actually lifted economic sanctions on Iran. "We have to assume the sanctions will last and weigh on our economy," the Iranian leader said.