Israeli cooperation with the Arab Gulf States; Worry about Iran 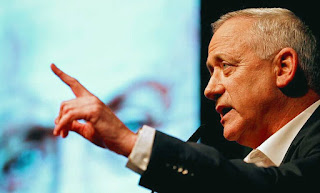 UMMATIMES - Israel wants to forge security cooperation with the Gulf Arab state, its new ally. They share concerns about Iran. said Israeli Defense Minister Benny Gantz
The United Arab Emirates and Bahrain have established diplomatic relations with Israel in the last year. As a normalization of relations supported by the United States, Israel and the UAE have proposed defense and military cooperation.
but on a visit to the Israel-Gaza border, Gantz brushed off a report by public broadcaster Kan, which said Israel was considering a defense agreement with Gulf Arab states. But Gantz said security ties would be pursued.
"I don't think it will be a defense pact but we will develop defense relations with every country with which we have ties," said Gantz.
"We have special security arrangements for relationships," he said. However, Gantz did not explain in detail what the arrangement would achieve.
He hinted that Israel is not against the sale of 50 US F-35 stealth fighter jets to the UAE approved by former President Donald Trump. The deal is currently under review by President Joe Biden's administration.
The UAE's first ambassador to Israel met Prime Minister Benjamin Netanyahu on Tuesday (2/3). Netanyahu met ambassador Mohamed Al Khaja in Jerusalem. "We are changing the Middle East. We are changing the world," said Netanyahu.
The official Israeli statement said the two discussed prospects for developing regional and bilateral projects in various fields. Israel opened an embassy in Abu Dhabi in January.
Palestinians criticize the rapprochement and consider it a betrayal of their cause.