Lamborghini Profits Soar During the Pandemic 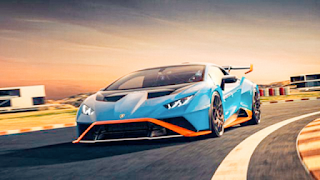 UMMATIMES - Lamborghini recorded its most profitable year in 2020, even though its factory in Italy was closed for two months due to the Covid-19 pandemic.
"We were shocked," said chief executive Stephan Winkelmann.
Although the sales figures were slightly lower than the previous year, Lamborghini was selling more expensive custom supercars, driving profits even higher.
China has sparked a lot of demand and is poised to overtake Germany as Lamborghini's second largest market this year.
Lamborghini's newest SUV (sport utility vehicle) car, the Urus, saw very successful sales, accounting for 59% of the supercar manufacturer's total worldwide sales last year.
This is in line with the growing interest of car buyers in China for ultra-luxury SUVs from companies such as Rolls-Royce, Bentley and Lamborghini.
"Taking care of gives us peace of mind in terms of return on investment as well as income, and that income gives us the confidence to reinvest in the future," added Winkelmann.
The automaker, which is owned by Volkswagen, sold 7,430 cars worldwide in 2020, the second highest ranking after 8,250 sold in 2019.
But Lamborghini saw strong revenue from the highly profitable "special series limited" model.
"We have fulfilled customer orders nine months out of the year for 2021," said Winkelmann. "So we see 2021 in a pretty positive trend."