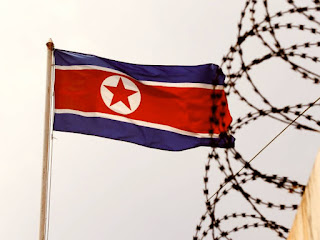 UMMATIMES - Malaysian police officers will increase security at sensitive locations following the severance of diplomatic ties between North Korea and Malaysia. Inspector General of Police Tan Sri Abdul Hamid Bador said his party would be careful if it involved North Korea.
"What is happening here is not happening because we are their enemy, but because they chose to cut diplomatic ties with us," said Tan Sri Abdul Hamid Bador.
"I have ordered all department directors and police chiefs in various regions to prepare to monitor the situation," he added.
He also said the police will continue to monitor the situation until they are sure that the problem has been resolved.
Earlier this month, a Kuala Lumpur court ordered the extradition of a North Korean national named Mun Chol-myong to the United States to face charges of money laundering.
According to the Malaysian Ministry of Foreign Affairs, Mun was detained by Malaysian authorities on 14 May 2019 in accordance with a temporary arrest warrant issued under Article 13 (1) (b) of the 1992 Extradition Act following allegations of conspiracy to money laundering, as well as violating UN sanctions. It is also an offense under Malaysian law.
In response to the extradition news, North Korea cut diplomatic ties with Malaysia on Friday, and in response, the Malaysian government ordered all diplomatic staff and their families to vacate the North Korean embassy in Kuala Lumpur.
It was reported that North Korean embassy staff had vacated the premises on Sunday (21/3). North Korean adviser, Kim Yu-song, said the Malaysian government would bear the consequences of what happened.
Kim added that Mun's extradition "took away the country's sovereignty" and that Malaysian authorities were "blindly getting help" from the United States. he said the surrender of his citizens to the US had destroyed the basis of bilateral relations between Malaysia and North Korea.