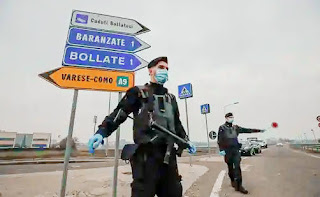 UMMATIMES - Dozens of Burmese have gathered on the border with India, waiting to enter India to escape the chaos of the country's coup. They will be joined by about 50 people who have crossed the border.
"At least 85 civilians from Myanmar are waiting at the international border to enter India," said the senior officer in the Assam Rifles paramilitary force.
A senior officer in the paramilitary Assam Rifles forces said forty-eight Myanmar citizens, including eight policemen, had entered Mizoram state in northeast India.
Indian media reports say those who have crossed the border include police and local officials who refuse to follow military orders.
Myanmar has sent a letter asking the eight policemen to be sent back immediately. The letter was sent to officials in Champhai Mizoram district where some of the refugees are located.
"In order to maintain friendly relations between the two neighboring countries, you are respectfully requested to detain eight Myanmar police personnel who have arrived in Indian territory and been handed over to Myanmar," the letter said.
Indian government officials said the letter was being studied along with the cases of those who have crossed the border.