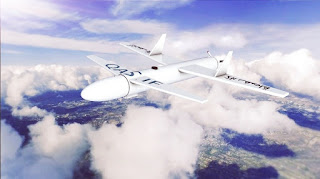 "One of the oil tank areas at Ras Tanura Port in the eastern region, one of the largest oil ports in the world, was attacked this morning by a drone, which came from the sea," said the Saudi Ministry of Energy, Monday (8/3/2021).
Late Sunday, "shrapnel from a ballistic missile fell near the Saudi Aramco residential area in the city of Dhahran," the Saudi Energy Ministry said.
The Saudi Ministry of Energy did not say who was behind them. The attack resulted in no casualties or damage.

Claims on Twitter that Yemen's Huothi fired drones and missiles at Ras Tanura and military targets in the Dammam area, which is close to Dhahran.

On Sunday 7/3, the Saudi-led military coalition launched air strikes on Yemen's Huothi-controlled capital, Sanaa, after intercepting a number of drones and missiles launched by Iranian-backed rebels.