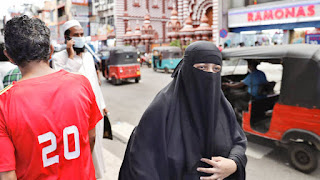 UMMATIMES - Sri Lanka bans the use of the burqa, and also plans to close more than a thousand madrassas (Islamic schools). conducted by the Government of Sri Lanka against Muslims, where Islam is a minority group there.
"Nobody can open a school and teach whatever you want to children," said Sarath Weerasekera.
Public Security Minister Sarath Weerasekera said his party had signed a proposal on Friday for the closure of Islamic schools and awaits approval from the cabinet. He explained that the Sri Lankan government wanted to close more than a thousand madrassas for violating national policies.
Regarding the closure of Islamic schools or madrasas, that is also to ensure that the teachings of extremism do not spread. In fact, there will be reforms in the national education policy. Said Sarath Weerasekera.
Previously, the use of the burqa was temporarily banned in Sri Lanka in 2019. The ban was issued after simultaneous bomb blasts at churches and hotels by militants killed more than 250 people.
In 20202, Gotabaya Rajapaksa was elected President of Sri Lanka, promising to eradicate extremism. In Sri Lankan politics, Rajapaksa was accused of committing widespread human rights abuses when Sri Lanka was engulfed in war. However, Gotabaya Rajapaksa denied the charge.