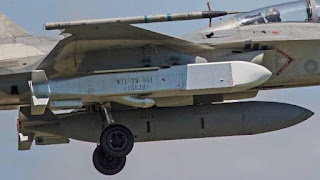 UMMATIMES - In the midst of increasing pressure from China, Taiwan has begun to prepare weapons for the security of its country. Taiwan has started mass production of its domestically made long-range missile and is developing three other missile models.
As reported by Reuters on Thursday (25/3/2021), although the Taiwanese Armed Forces are classified as smaller when compared to China's military strength, Taiwan has bravely carried out military modernization in order to provide more effective defense, including the ability to counterattack military bases inside the mainland main China in case of conflict.
It is known that China, which claims Taiwan as part of its territory, has increased military activity near the island nation in recent times. The activity aims to force the Taiwan government to accept China's claim to sovereignty.
When answering parliamentarians' questions, the Minister of Defense of Taiwan, Chiu Kuo-cheng, emphasized that the development of long-range attack capabilities was a priority.
"We expect it to be long-range, accurate and agile," said Chiu.
He added that research into such weapons by the state-run Chung-Shan National Institute of Science and Technology, "never stops."
Deputy Director of the Chung-Shan National Institute of Science and Technology, Leng Chin-hsu, stated that one long-range, ground-based missile has entered the production stage, with three other long-range missiles in development.
Leng stated that it was "inconvenient" for him to provide detailed information about how far the missile could fly.
The institute, which leads Taiwan's weapons development efforts, has carried out a series of missile tests in recent months. The trial was held on the southeast coast of Taiwan. Media in Taiwan displayed pictures of missile launches and instructions given to planes to stay away from the test area, but most of the tests were kept secret.
Previously, Taiwan's Armed Forces had traditionally focused on defending its territory against Chinese attacks. However, President Tsai Ing-wen stressed the importance of developing an 'asymmetric' deterrent, using portable equipment that is difficult to find and destroy, and capable of hitting targets that fall off the coast of Taiwan.
The United States (US), which is Taiwan's main arms supplier, is eager to create a military counterweight to Chinese forces and build on what the Pentagon has known as the 'Taiwan Fortress'.