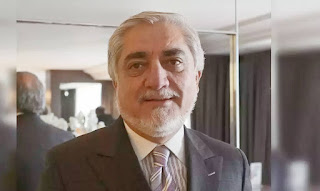 UMMATIMES - Allegations against the Thai army regarding the supply of rice to units of the Myanmar armed forces have been strongly rejected. The Thai army says any food sent to the border is part of normal trade.
The rice supply allegation was first reported by a local Thai media quoted by an unidentified local security official. It said the Thai army had supplied 700 sacks of rice to units of the Myanmar army on Myanmar's eastern border, and this was done by order of the Thai government.
"The Thai army is not supplying anything to the Myanmar army and there has been no contact from the Myanmar army asking for help from us because they have their own honor," the commander of the Naresuan Forces, Major General Amnat Srimak, said in a statement.
"If there is anything, I think it is regular trade at the border crossing as usual," Amat added. "We do not block this if the action does not violate the law and follows customs procedures."
Myanmar's military has faced international condemnation since taking over the February 1 coup and taking violent action against anti-coup protesters who have now killed nearly 250 people.
Meanwhile, the Thai government voiced concern over the bloodshed.
Thailand's direct assistance to the Myanmar military is likely to draw criticism from supporters of Aung San Suu Kyi's civilian government.
Thai media say Myanmar military units stationed near the border have been cracked down by Karen National Unity forces (KNU), an ethnic minority rebel group that agreed to a ceasefire with the Myanmar government in 2012.
A spokesman for the KNU declined to comment. The KNU has lent its support to Myanmar's democratic movement and condemned the coup and military crackdown.
Furthermore, the Thai media also showed photos such as bags of rice loaded into trucks at the border. Images seen by Reuters show men, some in camouflage uniforms, crossing into Thailand and checking their temperatures.
Movement between Thailand and Myanmar has been severely restricted since the outbreak of the coronavirus pandemic, including on restricted trade. According to local residents, the crossing location shown in the picture is not a normal trade route.