The Malaysian High Court allows Christians to use 4 words

The Malaysian High Court allows Christians to use 4 words 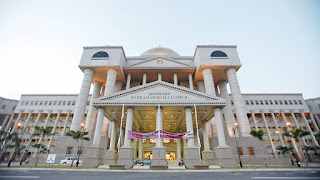 UMMATIMES - The Malaysian High Court allows Christians to use the words "Allah, Baitullah, Ka'bah and Salat" in religious publications for educational purposes. Court of Appeal Judge Nor Bee Ariffin said that a 1986 rule by the interior ministry prohibiting the use of the four words by Christians was illegal and irrational.
"It cannot be denied that (the material) was for his personal religious education," said Nor Bee Ariffin, judge at the Court of Appeal.
The judge noted that the Christian community in Malaysia has used the word "Allah" for generations in practicing their faith. "The fact that they have been using it for 400 years cannot be ignored," said Judge Noor.

This case stems from the confiscation of a number of CDs belonging to Jill Ireland Lawrence Bill, a Christian from Sarawak, by Customs officers at Kuala Lumpur International Airport in 2008. The CDs are entitled "How to Live in the Kingdom of God", "Live Righteously in the Kingdom of God" and "True Worship in the Kingdom of God".
Jill then sued the Ministry of Home Affairs and the Malaysian Government regarding the confiscation. He demanded official recognition of the constitutional right to practice his religious teachings and non-discriminatory treatment.
The Malaysian High Court then ruled if the interior ministry was guilty and ordered him to return Jill's CD.
In 2015, the Court of Appeal sent the two constitutional issues back to the High Court for trial. The case was tried by the High Court in 2017 but the announcement of the decision has been postponed several times.