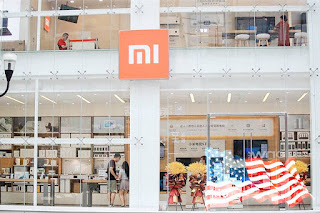 UMMATIMES - The US Defense Ministry listed Xiaomi and nine other Chinese companies on its list of "Communist Chinese military companies." At the end of January 2021, Xiaomi immediately sued the US Defense Ministry. Xiaomi considers the decision to be against the law. They also dismissed allegations that Xiaomi was under Chinese military control.
"The company is not controlled by the People's Liberation army," Xiaomi stated.
Xiaomi also confirmed that 75 percent of the shares are held by the company's founders, Lin Bin and Lei Jun, without ownership or control of any military-affiliated individuals / entities.
Chinese telecommunications companies have always been in the vortex of competition from the US. Washington has also claimed that Huawei has close ties to the Chinese military.
The US has even accused China of using Huawei-produced technologies for espionage. However, Huawei has denied these allegations.