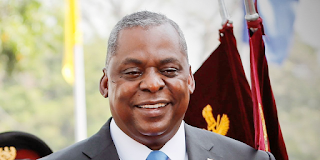 UMMATIMES - US Defense Secretary Lloyd Austin suddenly visited Afghanistan amid uncertainty whether his country would fulfill a promise to the Taliban to withdraw troops from there by May 1 or not.
"Our presence in Afghanistan is based on conditions, and the Taliban must fulfill their commitment," Austin said Sunday, March 21, 2021.
Austin arrived in Kabul from India. He is rumored to be meeting Afghan President Ashraf Ghani and other senior government officials.
Austin is also scheduled to meet with Afghanistan's new acting defense minister, General Yasin Zia, who was just sworn in this week.
America's commitment to withdrawing troops from Afghanistan is again in doubt after President Joe Biden considered it difficult to do with the May 1 deadline. Biden pushed for additional time for his country to withdraw troops from there.
The Taliban responded strongly to Biden's statement. Suhail Shaheen, a member of the Taliban's negotiating team, warned his party would react if America betrayed its promise of troop withdrawals.