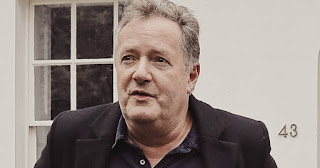 UMMATIMES - Turkish security forces arrested 10 former senior naval officers on Monday. The arrests were made because they publicly criticized Ankara's plans to build a new waterway, from the Black Sea to the Mediterranean that runs parallel to the Bosphorus strait known as the "Istanbul Canal."
Turkey's public prosecutor said the former senior officers would be investigated on charges of agreeing to commit crimes against state security and constitutional order. The statement noted that, in addition to the 10 admirals who were detained, four others had been asked to report to a police station in Ankara within three days of the prosecutor's decision not to detain them due to their age.
Earlier on Saturday (3/4), as many as 103 retired navy admirals signed an open letter. The letter warns that the proposed canal could jeopardize Turkey's security, as it cancels the international Montreux treaty formed 85 years ago to prevent the militarization of the Black Sea.
English Alarabiya reports that it is possible for Turkey to abandon the 1936 Montreux Convention. The decision came last week during discussions about building a shipping canal north of Istanbul that would pass through the Bosporus.
"The fact that withdrawal from the Montreux Convention is open to debate as part of talks on the Istanbul Canal and the authority to exit the international agreement is met with concern," said the statement read by the retired admiral.
"We believe that all kinds of statements and actions which will lead to discussion of the Montreux Convention, which has an important place in Turkey's survival, should be avoided," the group said.
Turkish President Recep Tayyip Erdogan described the 45-kilometer Turkish Canal as a project aimed at relieving heavy traffic and reducing the risk of accidents.