10 Indonesian Citizens Enter Japanese Prisons, Most of the Crew Members Are Involved in Drug Smuggling Cases 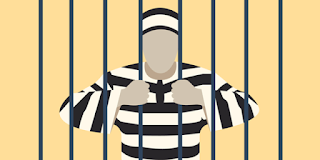 UMMATIMES - At least 10 Indonesian citizens who were arrested and imprisoned in Japan generally carried hundreds of kilograms of drugs smuggled by the crew (ABK).
"There is a sentence of up to 17 years and a fine of 5 million yen for being involved in drug smuggling," Tuesday (6/4/2021).
One of them has the initials EI alias AP, born November 18, 1980 and is currently still in the Fuchu prison in Tokyo, Japan, was arrested for smuggling hundreds of kilograms (298.69 kg) of narcotics.
The detention of EI along with 8 other people was carried out in 2008 so that some of them have been released from Japanese prisons.
The oldest recidivist born on November 1, 1965 with the initials MT. Data obtained by Tribunnews.com, today there are also prisoners in Japanese prisons with cases of murder, theft, overstay, robbery, underground bank transactions (illegal banks), zairyu card transactions and fake Japanese identity cards and so on.
The number of Indonesian citizens imprisoned in Japan until March 31, 2020 was 280 people, an increase of 2.4 percent compared to the previous year.
"The number of Indonesian citizens who have been arrested and have committed various criminal acts has continued to increase from 2012 to the present. Possibly because of the visa-free application at that time with e-passports, so many who use it later become Overstay (OS) or illegal in Japan."
The number of Indonesian citizens who have continued to increase since 2012 has also increased the quality of crimes that have emerged in Japan.
"In the past, the overstays were limited to being illegal, because their visas had expired, including their passports expired. Now the overstayers have dared to commit serious crimes such as drug trafficking. Some even have firearms from the black market."
The police and Japanese immigration authorities are now quite active in searching for foreign overstays, including illegal Indonesians (overstayers) in Japan.
"We have monitored some of them, it is just a matter of arresting them at the right time," said the source again.