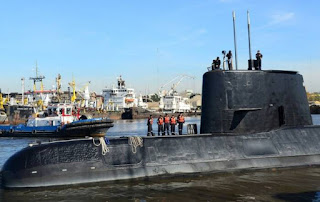 UMMATIMES - The submarine known in its history as the Unterseeboot or U-Boat has become a mainstay for the military of countries to control the deep seas.
Since World War Two, the United States, Russia, and China, and a number of other countries, have lost their submarines and crew to accidents.
Operating a submarine is still very risky. Even a high-tech nuclear submarine can end up on the seabed if the crew is not careful or the technology malfunctions.
The Indonesian Navy submarine KRI Nanggala-402 with 53 crew lost contact in the waters of North Bali on Wednesday, April 21, 2021, in the early hours of the morning. Until this news was broadcast, the rescue team was still struggling to find the submarine that could only survive 72 hours of oxygen reserves since sinking.
The loss of the KRI Nanggala-402 submarine adds to the list of submarine incidents experienced by a number of countries. Here are some of the worst submarine incidents, reported by the National Interest, April 24, 2021.

The Argentine Navy's diesel-electric submarine, ARA San Juan, mysteriously disappeared in November 2017 on its way to the Argentine naval base in Mar del Plata.
Its wrecked wreckage was found almost exactly one year later on November 16, 2018 by Seabed Constructor, a ship belonging to US search company Ocean Infinity, after a long and traumatic search for a submarine that caught worldwide attention.
One of the most probable hypotheses of the ship sinking is due to a malfunction of the vent valve "Eco-19", quoted from the Buenos Aires Times.
Investigations revealed an internal vent valve allowed water to flow into the submarine's battery tank, resulting in a short circuit in the battery tank. The fire likely resulted in an increase in hydrogen levels.
The remains of the ship now lie in a debris area 70 to 75 meters wide, 920 meters below sea level, located about 460 kilometers southeast of the Patagonian town of Comodoro Rivadavia.
The ARA San Juan submarine incident killed 44 of its crew. 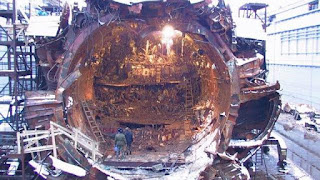 The Kursk is possibly one of the worst submarine disasters to experience modern Russia. The K-141 Kursk, the 16,000-tonne Project 949A Antey-class (Oscar II) nuclear-powered missile submarine, was destroyed in a massive explosion on August 12, 2000 which killed 118 of its crew.
The submarine Kursk sank during a Northern Fleet naval exercise in the Barents Sea. Quoted in the Moscow Times, an official investigation concluded that the failure of one of the Kursk's hydrogen peroxide-fueled torpedoes triggered an explosion.
The Kursk submarine disaster sparked public criticism of the government and the Navy, and marked President Vladimir Putin's first term in office.

The K-278 Komsomolets is the only submarine of the Plavnik-class Project 685 ever completed. NATO dubbed project 685 with Mike.
Designed primarily as a testing ground for new technology, the 8,000 tonne Komsomolets is one of the highest-performing submarines ever built, having an operating depth of more than 900 meters. Like the Papa class, the Plavnik Project 685 was designed to test automation technology and enhance the Soviet Union's ability to build titanium pressurized hulls.
The submarine sank on April 7, 1989, after a fire broke out inside. The fire sparked a series of events that eventually caused the ship to sink. Despite the crew's heroic efforts, 42 of the 69 crew members died in the accident. However, only four people died as a direct result of the fires, with the rest dying from radiation exposure. More crew might have been saved if the Soviet navy acted more quickly to carry out the rescue operation.
Meanwhile, the Komsomolets nuclear reactor and its two nuclear warheads remained in the hull of the damaged ship below 1,600 meters in the Barents Sea.

The K-8 is a Project 627A Kit-class (NATO: November) nuclear-powered attack submarine that sank after a fire on April 12, 1970.
The K-8 did not have a name because the Soviet Union rarely named its submarines.
The submarine initially caught fire on April 8, 1970, during exercises in two separate compartments. The fire appears to have started as a result of oil coming into contact with the air regeneration system. After the fire spread throughout the ship via the air conditioning system and the reactors were turned off, the captain ordered the crew to leave the ship. The crew re-entered the submarine again after the rescue boat arrived. But in the end the submarine sank with 52 crew.

It was not only Russia or the Soviet Union that experienced many submarine disasters, the United States Navy also lost one. On May 22, 1969, the USS Scorpion, a Skipjack-class attack submarine, went missing along with 99 of its crew 643 kilometers southwest of the island of the Azores.
It remains a mystery what exactly happened to the Scorpion, when it failed to return to port on May 27 that year.
The US Navy launched a search, but finally declared it missing on June 5. The Scorpion was finally found 3,000 meters deep by a Navy research vessel later that year.
The hypothesis suggests that the most likely cause of the Scorpion's disappearance was accidental activation of the Mark 37 torpedo battery or the explosion of the torpedo.

The USS Thresher sank on April 10, 1963, with 129 sailors on board. It was the first nuclear submarine disaster, and to this day, has the highest death toll. Unlike the Scorpion, the US Navy has reported exactly what caused Thresher to sink: poor quality control.
The submarine sank while doing the dive to a test depth of about 396 meters. Five minutes before losing contact with the ship, the submarine rescue ship Skylark received a cryptic UQC transmission (a kind of underwater radio) that said Thresher was having some technical difficulties. Skylark continued to receive cryptic messages until the sonar picked up the sound of Thresher's explosion.
A Navy investigative court found that a pipeline failure probably caused the accident, which flooded the ship's engine room and a burst of brine shut down the nuclear reactor. Subsequently, the Thresher main ballast tank failed to operate after ice formed on the pipe. The crew had no access to the equipment needed to stop the flooding.
As a direct result of the Thresher submarine disaster, the Navy instituted the SUBSAFE program to ensure that there was a thoroughly documented check and check system on all critical components of a nuclear submarine.