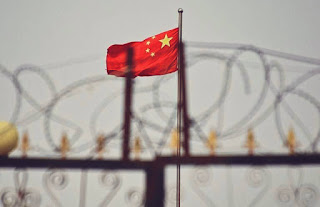 UMMATIMES - The Chinese Embassy (Embassy) to Indonesia emphasized that people in Xinjiang, including ethnic Uighurs, live better lives and are alleviated by poverty. According to the embassy, ​​the Western allegations of Uighur genocide, forced sterility and forced labor are baseless because the facts on the ground show different things.
"In recent decades, economic and social development in Xinjiang has achieved extraordinary achievements," said the official statement from the Chinese Embassy for Indonesia received by Republika.co.id, Monday (5/4).
In the last 40 years, according to the Chinese Embassy, ​​the number of ethnic Uighurs in Xinjiang has increased from 5.55 million to more than 12.7 million. Average life expectancy has also increased from just 30 years in the pre-1960s era to 72 years today.
"In recent years, the Uighur population growth rate has reached 25.04 percent, higher than the entire Xinjiang population growth rate of 13.99 percent, and certainly much higher than the Han ethnic population growth rate of only 2.0 percent. , "said the statement of the Chinese Embassy.
In addition, the Chinese Embassy stated that the aspirations and needs of workers of all ethnicities in Xinjiang are fully respected. They are free to choose their own work and work location.
Xinjiang residents also sign legal work contracts with the company according to the principles of equality and volunteerism, and are paid a fair wage. "Since 2018, various companies in Xinjiang and other provinces in China have absorbed a surplus of 151,000 workers with a poor family background from South Xinjiang," said the Chinese Embassy.
The workers, according to the statement, earn an average annual income of 45,000 yuan or about Rp. 99 million. China claims, all citizens have been successfully lifted out of poverty.