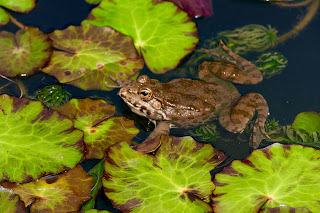 UMMATIMES - A Tokyo District Court judge dismissed the lawsuit of a man resident of Itabashi-ku who sued his neighbor for 750,000 yen in damages for the sound of frogs causing noise.
"Frog skin is one of nature's voices, and it cannot be said that it exceeds the tolerable limit. Unless there are parties who deliberately raise the voice so that it becomes noisy," said judge Tatsuya Masuru of the Tokyo District Court who decided the case against the Itabashi community. my last Friday (23/4/2021).
A lawsuit in which a man asked his neighbor to "get rid of all the frogs" and compensate him for 750,000 yen for a "noise problem" that occurred in a residential area of ​​Itabashi-ku, Tokyo.
Judge Tatsuya issued a verdict rejecting the plaintiff's request. The man claimed in the lawsuit that the frogs had been breeding in the neighboring pond since May last year and sounded like they were crying from morning to late at night.
He measured the noise level and complained that the frogs' noise had reached 66 decibels, which exceeded the city's environmental standards.
The environmental standard for cities in Japan according to the Environmental Law is between 45 and 60 decibels.
The frog's decibel number is at the same level as the "alarm clock sound." On the other hand, the defendants postulated that "only 6 to 7 small tree frogs were alive".
The ruling also ruled that "there was no sound proof as claimed by the plaintiffs, and if there was, it should be accepted as a fair vote."
A male lawyer said, "It's hard to prove noise. I want to solve it through future discussions."