EU: Will Vaccinate Majority of Its Citizens by End of June 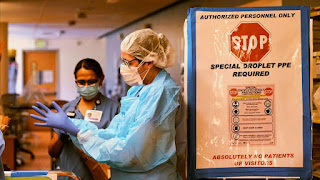 UMMATIMES - Most European Union countries will have enough Covid-19 vaccines to immunize the majority of their population by the end of June. This was reported by Bloomberg News on Tuesday, citing an internal memo.
The EU executive memo said Germany, France, Italy, Spain and the Netherlands would be in a position to fully inoculate more than 55 percent of the population by the end of June, confirming public estimates of the vaccine the 27-nation bloc is expected to receive in late June. second quarter.
The European Commission has repeatedly said the European Union (EU), with a population of nearly 450 million, will receive about 360 million doses by the end of June in addition to the approximately 100 million already delivered, enough to meet the vaccination target of at least 70 percent of the adult population. on that block in the summer.
The block expects to receive 55 million single doses of the vaccine developed by Johnson & Johnson in the April to June period, and another 300 million injections of two doses from BioNTech-Pfizer, AstraZeneca and Moderna.
However, it is unclear whether all the doses expected will be given on schedule. The EU received about half of the estimated dose in the first quarter as AstraZeneca made major cuts in its supply to the EU at that time.
The new estimates already take into account further large cuts in AstraZeneca's supply in the second quarter. The EU has coordinated vaccine purchases with member country governments but has no authority on vaccination plans, run by EU countries.