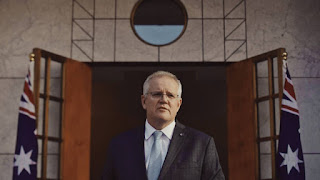 UMMATIMES - The European Union (EU) has blocked the delivery of 3.1 million doses of AstraZeneca's Covid-19 vaccine to Australia. Based on information from the government on Tuesday (6/4), the country has little hope of getting the remaining 400 thousand doses that had been promised on time.
The export curbs underscore the massive shortage of AstraZeneca injections across the EU bloc, and complicate Australia's inoculation campaign.
According to Reuters, with the launch of inoculations running far behind the UK and the United States, the EU tightened its controls on vaccine exports last month. It also provides greater scope for blocking shipments to countries with higher inoculation rates.
"So far they have blocked 3.1 million injections," said a source in the Australian government, adding they had only received 300,000 doses and another 400,000 doses scheduled to arrive at the end of April.
"We are not desperate yet, but we have stopped counting them in our expected supplies," said the source, who did not want to be named.
As of Tuesday, Australia has only confirmed a block of 250,000 doses of AstraZeneca from the EU, which Canberra says will not delay its inoculation schedule. AstraZeneca did not immediately reply to a request for comment on Tuesday.
An EU spokesman said it had rejected only one of the 491 total export requests for the Covid-19 vaccine, which has since increased export transparency in late January, and seven of those requests are under review. He declined to say whether the request for submissions to Australia was under review.
Australian Prime Minister Scott Morrison said on Tuesday the blocking of vaccine deliveries had an impact on not meeting the schedule for vaccine injections. "In early January, we anticipate getting 3.1 million vaccines. The vaccine was not supplied to Australia, ”said Morrison.
The AstraZeneca vaccine arriving from Europe will support the early stages of vaccination in Australia, complementing the 50 million shots of the vaccine that will be produced locally by CSL Ltd.
However, the latest supply blockages have Australia struggling to speed up vaccination efforts, which started much later than some other countries due to low case numbers.
Australia has recorded just 909 deaths from Covid-19 since the pandemic began. However, Australia's Covid-19 vaccination program has fallen far short of its target, with only around 670,000 people inoculated against the initial target of 4 million by the end of March. While the government blamed slow supply from Europe, the Australian state government also complained about slower-than-expected distribution and a lack of certainty of supply.