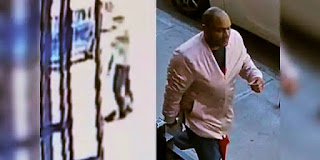 UMMATIMES - The terrible facts were revealed after the New York police in the United States (US) managed to catch the suspect who was caught on camera assaulting an elderly woman (elderly) of Asian-American descent on the street. The suspect turned out to have been imprisoned before for killing his mother.
The New York Police Department (NYPD) identified the suspect as Brandon Elliot (38). The attack took place on the streets of Midtown Manhattan, New York, on Monday (29/3) local time.
In a statement, the NYPD also said Elliot had a previous criminal record, namely that he had been jailed for murdering his own mother. When the attack took place, Elliot was known to be on parole for life in prison.
Furthermore, the NYPD stated in a statement via Twitter that Elliot was charged with hate crimes. He was arrested at a local hotel that specializes in homeless people.
Elliot was caught on CCTV cameras of attacking a 65-year-old woman and Asian-American descent on the streets of New York. He kicked the victim in the stomach, pushed him onto the pavement and stomped her face three times, before leisurely walking away.
It was also stated by the police that Elliot had made "anti-Asian statements" to the victim.
To make matters worse, two other men who were not far from the victim's location were silent when they saw the violence. One of them even closed the door of the building and did not help the victim at all.
The victim, whose identity was not released to the public, is currently being treated in hospital with various injuries on her body, including a broken hip. The police said the victim was in a stable condition.
The governor of New York, Andrew Cuomo, said violence had become an "epidemic" across the US and "must stop now". Separately, the Mayor of New York, Bill de Blasio, called on anyone who witnessed such an attack to shout out to annoy perpetrators and attract public attention.
Last week, NYPD Commissioner, Dermot Shea, stressed that attacks targeting anyone "because of their skin color, religion, sexual preference or whatever" will not be tolerated.
New York City authorities have launched a special police team of Asian descendants who will go undercover to ward off hate crimes, especially against US citizens, which are increasing in the US.
According to the Center for the Study of Hate and Extremism, hate crimes against Asian-Americans increased 149 percent throughout 2020 in as many as 16 major US cities, when compared to 2019.