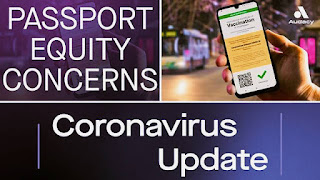 UMMATIMES - Fake coronavirus vaccine passports are sold online like "hotcakes" in a rapidly growing scam that has alarmed authorities in various countries. That's because countries are betting on the vaccine passport documents to revive their travel and economies, cyber security experts say.
From Iceland to Israel, a number of countries have begun lifting travel restrictions and locks on people who can prove they have been vaccinated. Travelers are allowed to visit recreational areas or travel across borders if they show documents that they have been vaccinated.
"People are trying to get that permission by making fake documents, which is basically putting other people's lives at risk," Beenu Arora told the Thomson Reuters Foundation in an online interview.
Arora is the founder of a cyber intelligence company called Cyble. "We have seen hundreds of websites on the dark web where these fake documents are being sold ... at very low prices," he said.
The dark web is a part of the internet that is beyond the reach of search engines, where most users are anonymous and most users make transactions or pay with cryptocurrencies, such as bitcoin. Cryptocurrency is a digital currency in which transactions are verified and records are kept by a decentralized system using cryptography, not by a centralized authority.
Arora said that fake vaccination certificates can be purchased online for as little as US $ 12. He added that the number of sellers of fake certificate lists had mushroomed since it first appeared in late February. Oded Vanunu of cybersecurity firm Check Point said researchers at the company had found many dark web advertisements offering fake vaccination certificate documents purportedly issued in the United States, Russia and other countries.
"There is a huge demand for fake certificates," Vanunu said.